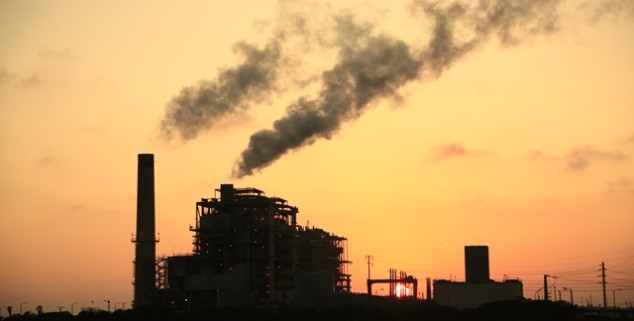 Last week’s executive order on climate change from Gov. Jerry Brown offers a valuable opportunity to reflect on what Pacific Coast climate leadership is helping us achieve. As someone whose career has spanned both economic and environmental interests, I have a unique vantage point on why reducing carbon emissions is a win-win for both business and the environment. That is why I was also pleased to learn that Ontario is joining forces with California and Quebec in putting a price on carbon pollution.

Accounting for the cost of carbon has become a necessity in today’s economic landscape. By putting a price tag on inefficiency and waste, carbon pricing safeguards our economy from climate disruption and makes businesses more efficient and innovative.

I served as Controller and Chief Fiscal Officer for the State of California from 2003 to 2007, and later went on to found The Westly Group, a clean tech venture capital firm. As California clean tech companies account for the most venture capital of any state—$27 billion since 2006—there has never been a more promising moment to bank on California’s clean future.

In March, Bloomberg declared California the number one state in which to do business, specifically crediting our state’s nimble response to emerging challenges like climate change as a key ingredient in our winning recipe. Our state’s success is no accident. AB 32, California’s signature climate change and clean energy law, was adopted with bipartisan support in 2006. This pivotal policy is helping us grow our economy while slashing emissions, just as its sponsors intended. Because California’s carbon pricing approach is right on target, policymakers are now replicating it along the Pacific Coast, in Canada, and beyond. As California ranks as the world’s seventh largest economy, the ripple effects are benefitting markets worldwide.

The wind is at our backs as a result of California’s climate and clean energy leadership. Our state boasts the largest advanced energy economy in the country. This year, the sector is expected to grow to include half a million workers across 40,000 companies. Analysts now forecast a 70 percent annual gain for California clean tech companies.

Many have followed the impressive rise of clean tech heavyweight Tesla, one of our firm’s early portfolio companies and a standard-bearer for their industry. Tesla is manufacturing zero-emission vehicles right here in California and exporting them to places like Canada. In 2010, the company took over the shuttered NUMMI auto plant in Fremont, California, bringing a surge of manufacturing jobs back to the area. California leads the nation with the highest total manufacturing output of any state. As California’s largest auto industry employer, Tesla deserves some credit for that accomplishment, as the company has doubled its workforce in the last three years alone.

Smart leadership is at the heart of all of these gains. In the face of insufficient federal and international climate action, regional alliances like we are seeing between U.S. states, Canadian provinces, and other sub-national jurisdictions, are proving a driving force. Seventy-five percent of Canada has put a price on carbon. As a result, firms like mine are increasingly investing in Canadian clean-tech start-ups. We have three such firms in our portfolio now.

Here in California, it’s in our blood to lead on environmental policy and incubate new technologies that eventually take root everywhere else. That’s why I support California Delivers, a diverse coalition of businesses, public health professionals, workers, public officials, labor organizations, community and faith leaders, and hundreds of individuals around the state, focused on protecting, implementing, and extending the benefits of AB 32 beyond 2020.

Our economy is nothing if not dynamic. Twenty years ago, carbon markets didn’t exist. The next industrial revolution, inspired by AB 32 and fueled by thoughtful investments backed by carbon pricing, is transforming our energy system into one that’s efficient, cutting-edge, affordable, and diverse. I welcome Ontario to the growing chorus of voices in support of carbon markets, and more importantly, climate progress. Together, our future is bright.
—
Ed’s Note:  Steve Westly is founder and managing partner of The Westly Group and former controller for the state of California.